“The feeling that somebody is happy and expecting for dishes made by my own is one of the best feeling in my life. That feeling help me to realize my love and passion for cooking. Right at the moment, I knew that I would become a chef.” – Ichimoto Katsuhiro – AZABU’s Executive Chef.

Ichi-san came to the culinary by accident and then he sticks to this industry for more than 20 years. Until now, cooking is still his endless inspiration. He has enthusiasm with the journey of creating a dish, from how it is imagined in his mind to how he performs it in reality. Cooking time is always the best time, which brings him positive feeling and happiness. 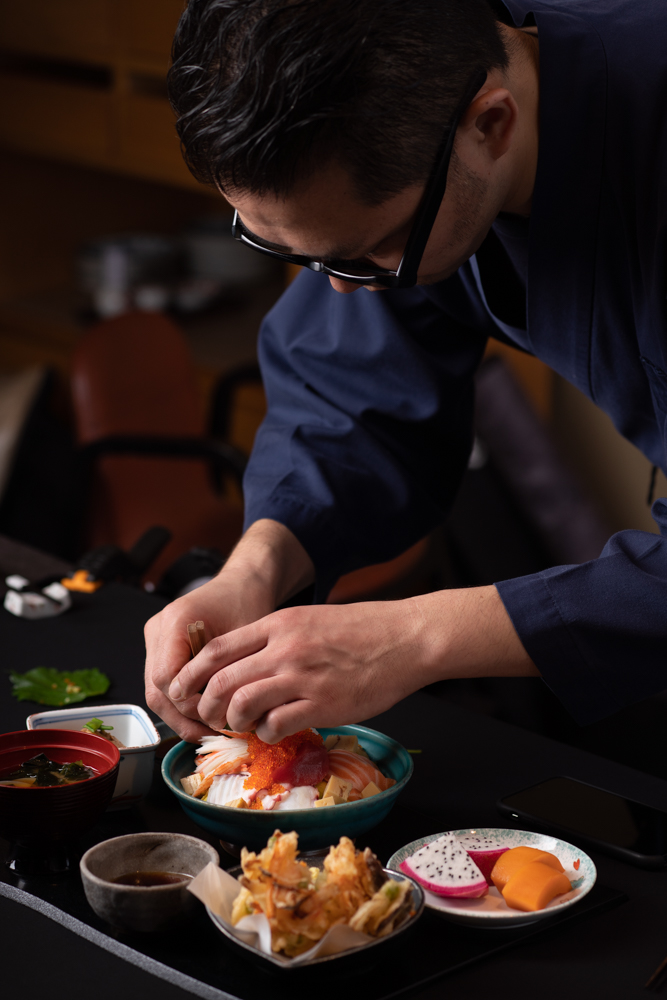 Ichi-san started his career as being a Western cook, however, the avidity of preserving traditional values and enhancing Japanese cuisine leads him to the pursuit of Japanese gastronomy. Being worked in 2 reputed restaurants, “Alain Ducasse” – which owned honor Michelin stars and “Kawabun Nagoya” – the oldest Japanese restaurant with its history of 400 years, Ichi-san is self-reliant and proud of his knowledge, skills and experience.

A work philosophy sums up what you value in your profession. For Ichi-san, “the most important thing is how to maximize the natural taste of ingredients”. To make it work, Ichi-san is careful, meticulous and detail in even a single task, such as how to put an accurate amount of salt, how to cut a fish, and how to set a temperature of different cooking way.

In Plan Do See, there is a principle which is definitely appreciated, called “APRISM”. It means: Ageless – Potion – Regional – In the season and Simple. AZABU has for itself a glory history, which is built and preserved from Japanese cuisine spirit. Based on that background, and with his own experience and enthusiasm, Ichi-san is eager to adapt “APRISM” and combine new elements to AZABU. This creation is not blending Japanese culinary with other factors, it means exploiting new aspects of these dishes – which have made AZABU’s reputation.

You can drop by AZABU anytime for lunch or dinner, to be introduced and enjoy the entirety quintessence of Japanese gastronomy – which is particular expressed in a single dish, a single detail and every corners of this restaurant. A dish raises a chef’s voice, and an Executive Chef is the soul of where he represented. We believe that, your experience in AZABU will be memorable one, since it is the reflection of Chef Ichimoto Katsuhiro’s philosophy and passion.